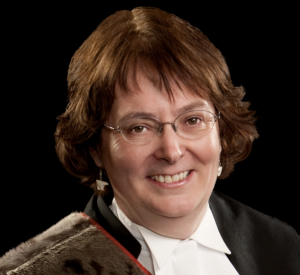 Beverley Browne was the first chief justice of Nunavut and served 10 years in that role before becoming a member of the Queen’s Bench of Alberta in 2009. She continued to serve as a deputy judge until her retirement and led meetings aimed at revitalizing the elders’ program in the Nunavut Court of Justice, a program she had initiated. Her professional achievements include spearheading a Nunavut law school, developing the law and building a superior court.

Justice Browne founded the Restorative Justice committee, which was renamed Wîyasôw Iskweêw, the spirit name given to her by Cree Elders during a blanket ceremony shortly before her passing. While there is no direct translation, it conveys the idea of “Woman standing with the law”.